24 September 2015: The prices of some generic drugs in Greece and Sweden. A comparison.

My blog is almost always in Greek. Sometimes though, I write in English because I want my audience to be international. Well, if you wonder why Greece is bankrupt, I think that here you are going to read an important part of the answer:

A short presentation of myself: My name is Argirios Argiriou. I have studied Medicine in Lund, Sweden and I specialized in General Practice in Linkoping Sweden. Since 2005 I work as a private General Practitioner in my hometown Kavala, Greece. I still work though, as a locum doctor in Sweden for some weeks every year, and that helps me to keep in touch with both the Greek and the Swedish clinical reality.

Elias Mossialos Professor of Health Policy at London School of Economics and Political Science; Director at LSE Health gave an interesting interview the 25 of November 2013 at the Municipal Radio of Athens 9,84. In this interview he said that the outpatient pharmaceutical expenditure in Greece, increased from 1 milliard Euros in the year 2000 to 5,1 milliards in the year of 2009 without any reasonable explanation. According to his calculations during those 9 years Greece spent 18 milliard Euros more than needed. And we should remember that that the Greek primary deficit in the year 2009 was 24 milliard Euros.
Not only that: 85% of drug consumption in Greece was imported medicines!

That gives a sense of how much the pharmaceutical extravagance in Greece, contributed to the Greek economic crisis.

And now I will go to the main part of my study:

On September the 24th, 2015 I did a price comparison between eight different generics in Greece and Sweden. I chose some of the most useful and popular medicines in General Medicine in both countries.

I got the prices (Retail Prices) of the Swedish generics from the online National Formulary of Sweden www.fass.se ( You can see them, all the way down on the pages that open from the following Swedish links. Wherever you see the symbol - means integer in Swedish Crones. For example 52 - means 52 Swedish Crones . Unlike the : means that it will follow a decimal number eg 54:50 means 54.5 Swedish Crones ) .

I got the prices (also Retail Prices) of the Greek generics from the site www.galinos.gr which is a private but well updated site that a lot of Greek Doctors use in order to find out the prices of the medicines that they prescribe.

Since similar comparisons that I did in September 2013 (  http://www.pfy.gr/forum/index.php/topic,4432.msg41408.html#msg41408  ) and in June 2014 (http://www.argiriou.blogspot.gr/2014/06/29-june-2014-he-prices-of-some-generic.html )   the Greek medicines are a little bit cheaper in retail price but most of the Swedish medicines have become a little bit cheaper in retail price too. So, in comparison with the Swedish medicines the Greek ones are still much more expensive than the Swedish ones and their percentual difference in retail price, have in some cases become bigger than the past years! This time I noticed one more thing: Namely, that some generic drugs of the same company are cheaper in Sweden than in Greece. The worst thing is that in one case a drug which is manufactured in Greece (with the name Rolenium in Greece and the name Relanio in Sweden) is cheaper in Sweden!! I noticed too that not only generic but even some brand name drugs are cheaper in Sweden than in Greece.

Ie the generic Omeprazole is 658 % more expensive in Greece than in Sweden.

Ie the generic Simvastatin is 746 % more expensive in Greece than in Sweden.

Ie generic Citalopram is 493 % more expensive in Greece than in Sweden.

Even a drug that is a purely Greek product (it is produced in Pikermi, Athens) by the Greek company ELPEN, ( www.elpen.gr ), can be found 20% cheaper in Sweden:

Just take a look at the pictures at the bottom.

Does the Greek Government really want to reduce the cost of its pharmaceutical expenditure?

Then why don’t they reduce the price of generic drugs at Swedish levels?


Postscript : The fact that the prices of generics are held so high, flares on the over-prescribing of medicines by some corrupt doctors. (The larger the super-profits the larger the kickbacks to the Doctors …) 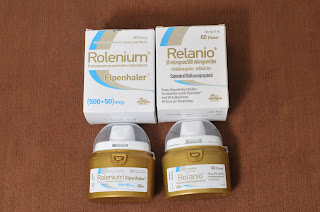 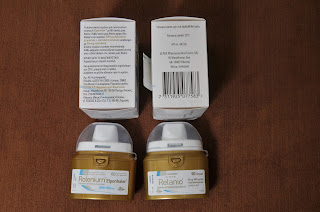 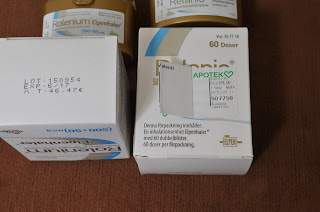 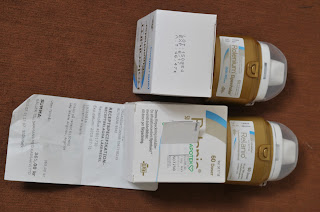